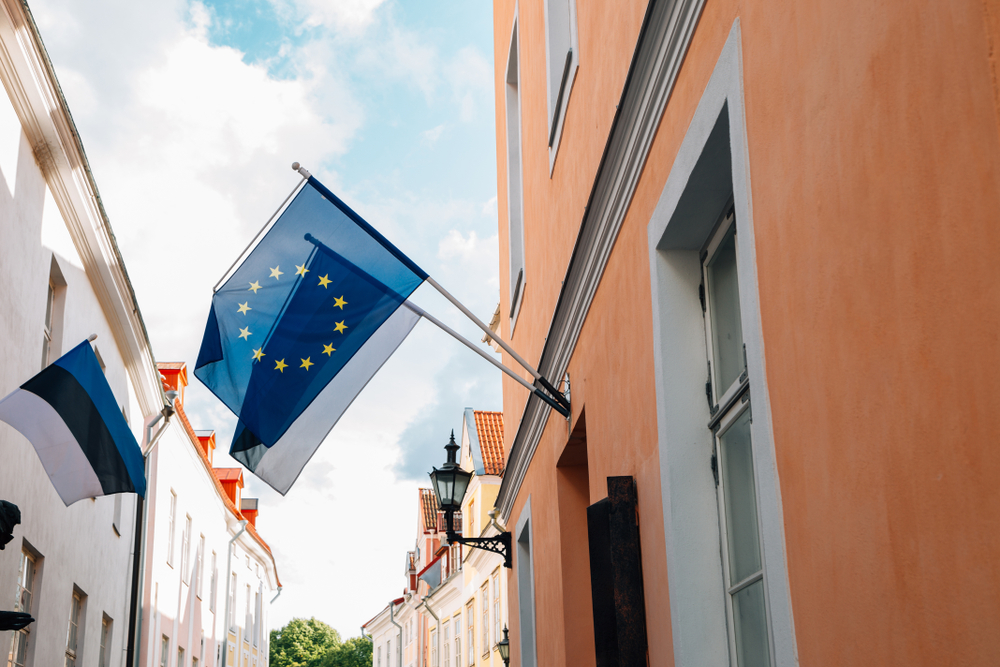 Estonia jumped at the chance to join NATO and the EU.

Being both oversimplified and an opinion by definition, a stereotype about a group of people may have much or very little truth to it. While painting any group with a single brush can be risky, knowing that certain stereotypes exist can be an important step in understanding a culture. If you're a traveler, this knowledge can help you avoid offending the people of your host country.

Please note that these stereotypes do not necessarily represent the views of World Trade Press or its employees, but are presented here in an effort to make you a more informed researcher or traveler. Through your own experiences you may find some or all untrue, only partially true, unfair, or fairly accurate.

Stereotypes of Estonians as Accepted by Some Foreigners

The Estonians look upon their time as part of the Soviet Union as “lost time” and see the future in the EU.

Estonians established their republic in 1918 and have never regretted the move. The Museum of Occupation in Tallinn devotes most of its space to the almost five decades of Soviet era rather than the four years under the Nazis during World War II. Anything associated with the Soviets is openly disdained. The 40 percent of the Estonian population that is of Russian descent still feels it is being punished for the actions of Cold War Moscow. Estonia jumped at the chance to join NATO and the EU just to make sure the Russian bear stays tamed.

You have to know Estonians a long time before you get any insights into their personal lives.

In a region filled with tight-lipped Finns and Swedes, the Estonians have managed to stand out for being able to keep their thoughts and emotions well under wraps. Their neighbors the Latvians find this attribute quite odd in the Estonians, whom they refer to as being “numb.” The fact is the Estonians are quite talkative and personable once you get to know them, but they tend to keep strangers at a distance until they can assess the situation.

Estonians are incredibly dynamic with clear ideas of how to succeed once thrust into the world of capitalism.

In just a little over a decade Estonia went from being a socialist ruin to having the highest GDP growth rate in the EU. It is a high-tech economy and has distinguished itself by being the first country in the world with a completely electronic voting system. It used its citizens’ linguistic skills, the first-rate education system, and attractive tax regimens to bring in foreign investment and create top-of-the-line companies. Small as it may be, Estonia is making some of its larger EU cousins look shockingly obsolescent.

Estonia is proud of its cultural heritage that has been defended against many usurpers over the years.

Estonia’s hard-to-learn language was used as a means to subvert Soviet attempts to assimilate the small country, and many “folk” songs performed under Russian eyes were open protests to knowing ears. Its art and literature were maintained underground as well and have flourished today as much as the economy. The Estonians are curious about the world beyond their borders, and they always judge other cultures in direct comparison to their own.

For being a group of introverts, the Estonians sure do love to strip down and head for the saunas in groups.

The Finnish might be known as sauna lovers, but the Estonians have their own “smoke” version to which they are dedicated proponents—some say obsessed. The Estonian sauna is derived more from the early days of an agrarian economy and uses stones heated over wood fires combining smoke and steam as a restorative for mind and body. Spending the whole day in a sauna with family and friends is not unusual for the Estonians and runs counter to their image as silent introverts.

Stereotypes of Estonians as Accepted by Some Estonians

We Estonians really know how to put our shoulder to the wheel and get a job done—no lazy people here.

It is no accident of fate or geography that Estonia has done so well since independence or why they have attracted so much foreign investment to such a small country. Their neighbors might mock the Estonian’s serious nature, but no one can doubt their ability to stick to a task until it is done properly. Foreigners often find that Estonian approach to a project a bit slower than some, but the results are near perfect.

Estonia is a beautiful but small country filled with some of the nicest and best-looking people in the world.

Estonia is quite picturesque, and its capital city of Tallinn is considered to have the best-preserved medieval city center of any metropolis in Europe. Estonia also attracts a good deal of tourism, and these tourists are pretty unanimous about the high quality of Estonian hospitality. The country is also known for its model-like women and its rugged men. Estonia is rightfully proud of all its beauty.

One of our big problems in Estonia is that we take ourselves way too seriously, and this can get us down.

Some attribute the often gloomy outlook of the Estonians to the long, gray winters of icy chill, but it is more likely the product of wanting to excel as the best. Estonians not only compete with themselves but also with the rest of the EU and the world. The small population always feels that it has to prove itself as individuals and as a group.

We Estonians are in a constant state of comparing ourselves to our neighbors and the envy eats us up.

An offshoot of the Estonian love of competition is the fear that they are getting less out of life than their family members, friends, and neighbors. There is an old Estonian saying that in effect states when two Estonians meet they eye each other like two hungry wolves meeting in the forest. Most of the conversation is spent sizing up the other party to see who has had the most success.