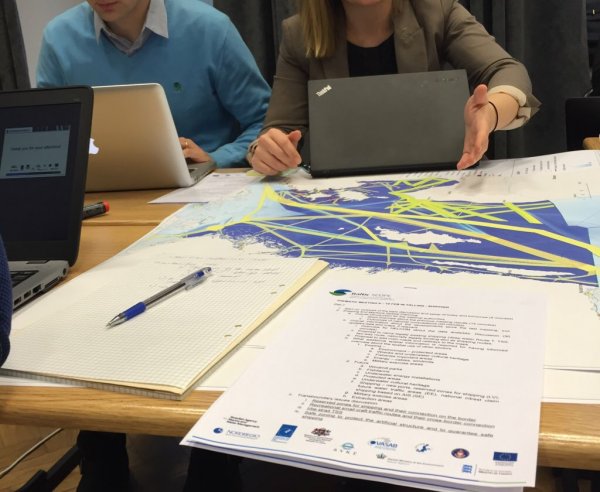 Estonians are deal-focused and make decisions based on the specifics of a negotiation, rather than how they feel about their prospective partner.

Your Estonian business counterparts are typically used to negotiating with foreign investors and will have had direct experience with North American and western European business customs and procedures. Estonians are skilled negotiators who value patience and formalities. To most Estonians, the actual facts of the deal are as important as the business relationship. Estonians like to be prepared, and spend a lot of time on research before initiating a business deal. It is a good idea to research the company before beginning any type of business relationship or negotiations in Estonia.

Most Estonians are open to conducting new business with new parties even before establishing a relationship. To build trust and create a long-term business arrangement with your Estonian counterpart, keep your interactions personable yet polite and respectful. The ultimate purpose of negotiations is to come to terms on an agreement that benefits both parties, rather than a long-term relationship, though that is possible if the conditions are favorable. Estonians will typically negotiate with both companies and individuals, so if a member of your negotiating team is replaced along the way, a new addition to the team will not disrupt the process.

In Estonia, while most businesspeople mix business with pleasure, negotiations are serious and formal. Most Estonian negotiators want to negotiate mutually beneficial arrangements, while remaining polite and respectful. It is important for you keep good manners and remain patient in order to establish an agreement with your Estonian counterpart. Most Estonians believe that negotiations should be straightforward, diplomatic discussions that have equal partners who are both accountable for reaching a successful end solution.

Negotiations in Estonia can focus on short- and long-term solutions, so keep an attitude of compromise and cooperation to build trust with your Estonian counterpart. If you are faced with disagreements along the way, maintain a positive attitude and display a willingness to work together. Take your counterpart’s concerns seriously so that you may overcome hurdles and reach a satisfactory compromise.

Estonians may appear to be aloof and reserved when you first meet them, as Estonian business culture is very formal. This means that you need to address your counterpart formally. Estonians with professional or academic degrees should be addressed by their formal titles and surnames. If your contact does not have this sort of title, you should use “Härra” for Mr., “Prova” for Mrs., and “Preili” for Miss, followed by the surname. Do not address your Estonian counterpart by his or her first name until invited to do so.

Even if your own personal business style is informal, you need to conform to the Estonian manner. They do not readily smile or comfortably make small talk, and what is considered awkward silence in other places is widely accepted in business meetings. Remember to keep interactions professional and formal.

As the business relationship and negotiations progress, your Estonian counterpart may relax the formalities by inviting you to use first names and becoming more open and outgoing with you. If this occurs, negotiations may take a more informal form. Allow your counterparts to take the lead—never relax the formalities first. In the Estonian business world, professional relationships are established before friendships develop.

In Estonia, businesspeople will generally act very cool and detached with you until suitably acquainted. It is not that they are unfriendly—they just have a reserved and formal temperament. Most Estonians prefer to get straight to the point with negotiations. Small talk does not take up much of the meeting time, and little time will be spent getting to know you at the beginning of negotiations.

When negotiations begin, Estonians are direct communicators who generally say what they mean, but they also often temper their words to avoid potential offense. Passive silence is commonly used throughout discussions and negotiations. Always listen to your Estonian counterpart and never interrupt, even if he or she takes several moments to respond to a question or comment. It is also important that when you’re speaking, you do not include frivolous information or conversational repetitions.

Use a moderate, soft voice when negotiating in Estonia, and try to avoid robust hand gestures. It can take a while for an Estonian to develop trust in a foreign counterpart, and he or she will be slow to pay compliments. Always try to have diplomatic responses to let your Estonian counterpart save face and dignity. Estonians can be very stubborn during negotiations and may refuse to budge. Remain calm and patient, and maintain a spirit of compromise to accommodate this type of negotiating style.

The Estonian language is difficult to learn, so most business discussions are conducted in English. However, if you are you meeting with an older businessperson, he or she may be fluent only in Estonian or Russian, so you may want to hire a local translator to help discussions progress. Learn a few Estonian phrases and words to create a warmer atmosphere. Always maintain eye contact with anyone who is speaking to you.

In Estonia, deadlines and timelines are important, and contracts are typically negotiated in several stages, over several meetings. Punctuality is expected and appreciated in Estonia, and it is considered rude to be late without calling to let the person know. If you do suspect that you will be more than five minutes late to a meeting, call to explain your situation.

You will often have to endure several meetings before reaching a decision in Estonia; it is quite common for meetings to continue over lunch or dinner. If this occurs, do not rush discussions; keep a professional attitude even if you’re in a social setting.

Social occasions, such as dinners and events, are a large part of Estonia’s business world. You should always be punctual to meetings and social events. It is considered rude to keep someone waiting for more than 10 minutes in Estonia. Most public transportation in Estonia is punctual, so getting from place to place on time should not be an issue.

Always meet deadlines and timelines when working with your Estonian counterpart. Time management is essential to business success in Estonia. It is very important to keep your word and deliver on what you promise. If you fail to do so, you will get a bad reputation that may prevent you from future deals in this Baltic nation.

Like other Baltic state businesspersons, Estonians do not show their feelings and emotions in the business setting. Do not try to bring personal relationships into business in Estonia, as the two are clearly separated. If you do not agree with something that was said, remain calm and avoid confrontation. If you cannot reach an agreement peacefully, try to remove yourself from the situation briefly or consider using an intermediary to resolve the conflict.

Estonian negotiators typically have a medium tolerance for risks. Estonia as a whole has an intercultural, constantly changing business environment. While many Estonian businesspeople are open to change, they require a considerable amount of planning and thought before making a decision because they do not want to risk embarrassment or failure.

If you propose a new business idea or market segment, you will be more successful by providing substantial rational facts and statistics backing your idea. Only provide relevant material, and translate all documents into Estonian as well.

Estonian companies are very hierarchical, and all decisions and ideas are generated at the top, often by the company owner or a select group of executives. However, you may have to move through the hierarchal ranks to gain approval. Your Estonian counterparts may use the company hierarchy as a negotiating technique, insisting that you make your way through the levels of the company before meeting with the actual decision maker. It is best to make your appointment with the highest-ranked person possible.

In the Estonian workplace, subordinates follow the supervisor’s or manager’s directives to the letter to demonstrate their respect. Managers do not prefer to come to a consensus simply for the sake of the group, as Estonians place high values on the rights and ideas of the individual and the freedom of expression.

Estonians are deal-focused, and typically make decisions based on the specifics of a negotiation, rather than how they feel about their prospective partner. They base their decisions on facts, logic, and evidence. Therefore, most business deals will begin with a business discussion on contract specifics, such as pricing and logistics, and then possibly move into establishing a relationship.

Estonian company leaders also may take a long time to come to a final decision, and when they make a decision, it will not change. They do not appreciate high-pressure tactics or any type of confrontational behavior. Remain calm and do not show frustration or agitation if negotiations appear to stall or take too long, as these delays are quite common in a hierarchical business. Make sure that you get everything in writing, as a contract is not finished until there is agreement on all parts, and each section is open to renegotiation until the actual contract is signed and notarized.

Estonian contracts will be highly detailed and lengthy, itemizing all the conditions and outcomes of the agreement. It is imperative for both parties to sign the contract, for legal reasons and as an indication of each one’s commitment. If the contract is in Estonian, you’ll need to request an authorized, initialed copy in English. You may want to review the original with an attorney who is fluent in Estonian as well. Even if the contract is in English, make sure to consult a legal expert prior to signing.

Changing details and deadlines set out in the signed contract will be resisted and read as a sign of bad faith. The terms and deadlines detailed in the contract are considered binding and must be met.

The assessments detailed in this article are intended for informational purposes only. They reflect typical attitudes within a given country or culture, and are not intended to describe any specific individual or business. World Trade Press is not responsible for any action taken on the basis of the information contained herein.

World Trade Press would like to acknowledge the research of Jeswald W. Salacuse (“Ten Ways That Culture Affects Negotiating Style: Some Survey Results,” Negotiation Journal, July 1998, Plenum Publishing Corporation) as the basis, with modifications, for the assessment categories described in this article.