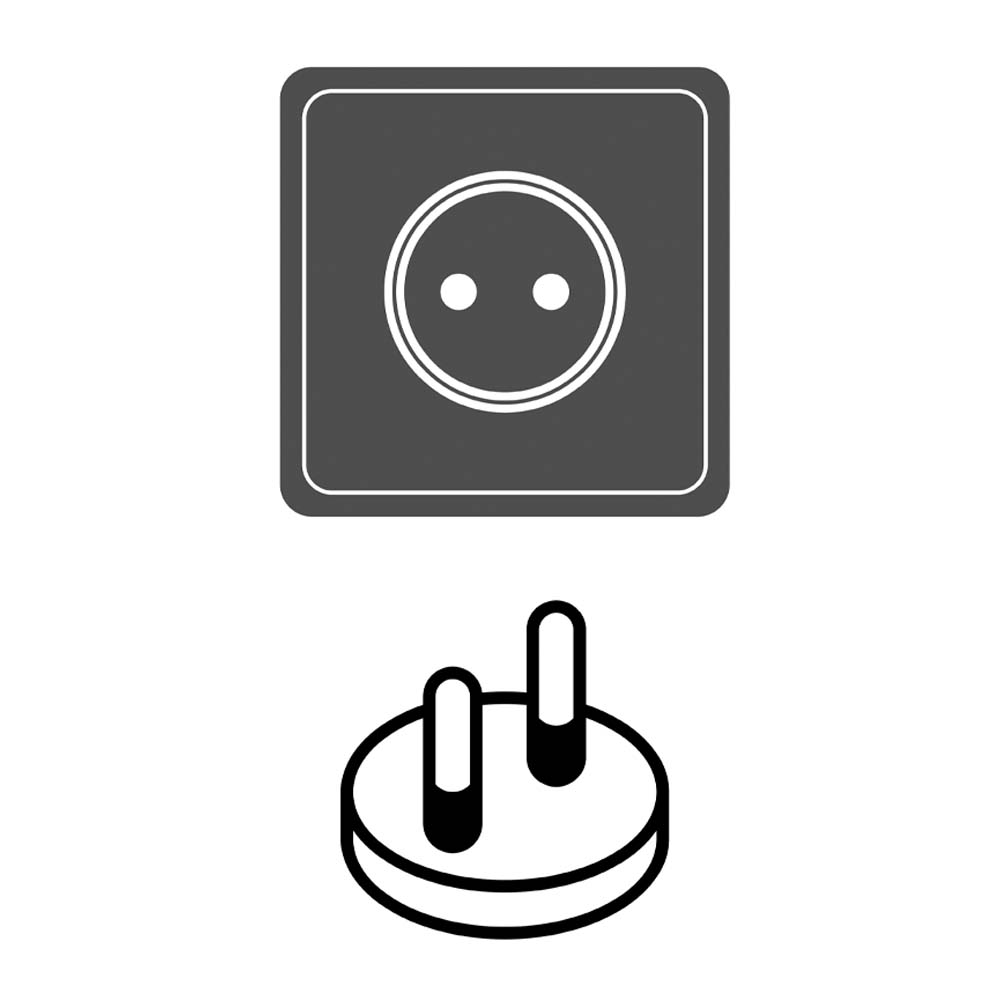 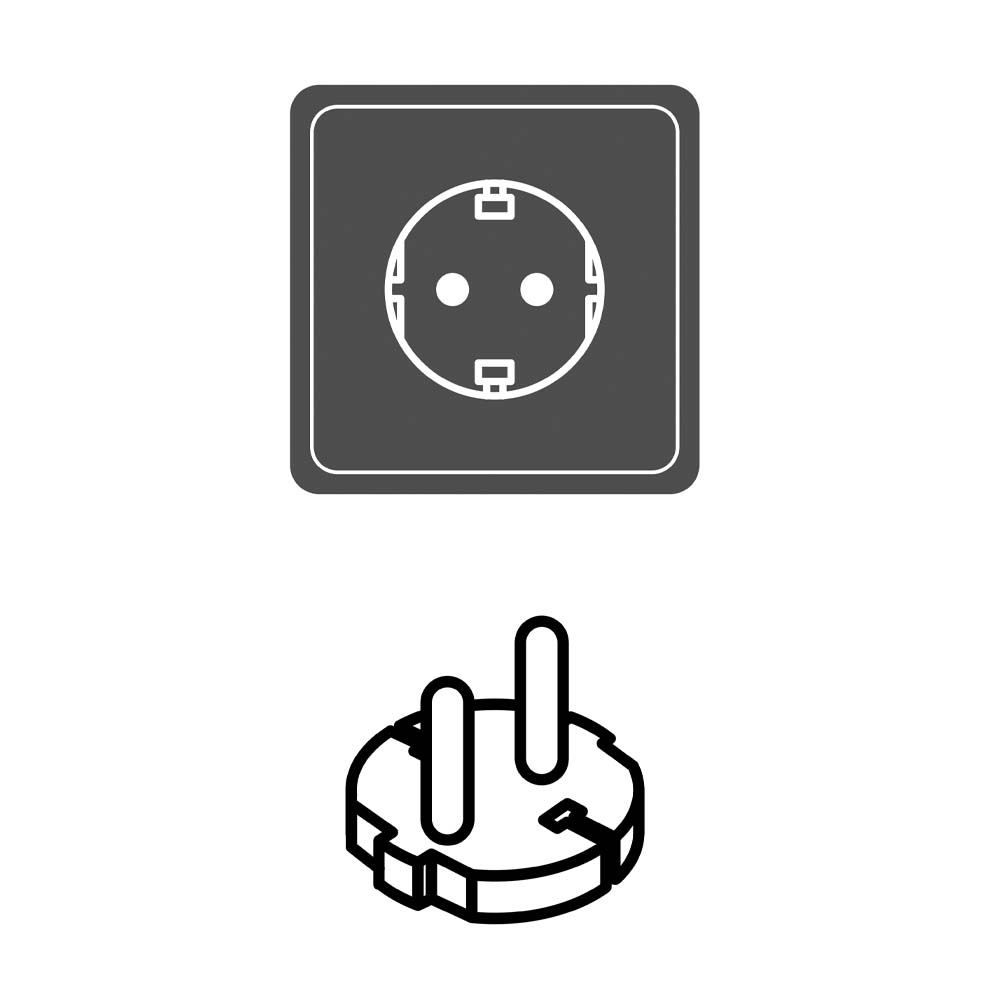 The Type C plug is known as the Europlug and is the most universally-used plug in the world, largely because it can be used with a number of different sockets. It is used in most continental European countries, some Middle Eastern countries, and many African, South American, and Asian countries. It is a narrow-headed two-wire plug with two round pins spaced horizontally from each other, with no grounding pin. See the illustration at right. Type C plugs are generally limited to devices and appliances that require 2.5 amps or less.

The Type F plug, known as a Schuko plug, is a round-headed plug with two round pins spaced horizontally from each other and two flat contact areas on its top and bottom sides to accept a wall socket’s grounding clips. Most modern Schuko plugs also have a circular hole above the pins in order to be compatible with Type E sockets. This makes it compatible with Type F wall sockets that have grounding clips at the top and bottom as well as Type E sockets with a central grounding plug. Schuko plugs are becoming increasingly common and are most often used in continental European countries, many Middle Eastern and African countries, and some Asian countries.

If your electronic device or appliance does not use a Type C or Type F plug you may need an electric plug adapter. Plug adapters are available both online and in stores from travel companies, drugstores, and big-box stores. Note that an adapter allows a foreign device to plug into an Estonian outlet, but it does not change the electric voltage coming out of the Estonian outlet.

The feasibility of using home-country electrical appliances and electronic devices in Estonia depends on a number of factors, including the type of appliance or device and the voltage on which it operates.

Electrical appliances are high-wattage items that use a mechanical motor or heating element (e.g., hair dryers, curling irons). If the appliance operates between 220–240 volts, 50 Hz, it may still require a plug adapter, but it will work in Estonia without a voltage converter.

If the appliance operates between 110–120 volts, 60 Hz (as with appliances from most North and South American countries), it may require both an adapter and a voltage converter/transformer. The converter/transformer adjusts the power coming from the 230V outlet down so that the 120V appliance is not overloaded. You can purchase dual-voltage hair dryers and curling irons that work with multiple electric currents. See “Dual- or Multi-Voltage Devices” below.

Electronic devices are low-wattage items that use chips, circuits, or electronic motors (e.g., computers, printers, cell phones, and cameras). As with appliances, these devices may require use of a plug adapter. However, most of these devices run on dual- or multi-voltage chargers, which means they can operate using multiple electric currents. See “Dual- or Multi-Voltage Devices” below. If an electronic device is not dual- or multi-voltage and operates between 110–120 volts, it will require a transformer to adjust the power coming from a 220–240V outlet.

Many electronic devices like cell phones, cameras, and computers have multi- or dual-voltage chargers that can operate on 100V current, 240V current, or something in between. Whether it is or dual- or multi-voltage will be indicated on the device’s power label. Dual-voltage is symbolized by a slash between the numbers, 120V/240V, meaning it will operate on either of the two specific voltages. Multi-voltage is symbolized by a dash between the numbers, 100V–240V, meaning it will operate on any voltage between 100V and 240V.

If an electronic device is either dual- or multi-voltage, a voltage converter or transformer is not necessary (though a plug adaptor may still be).